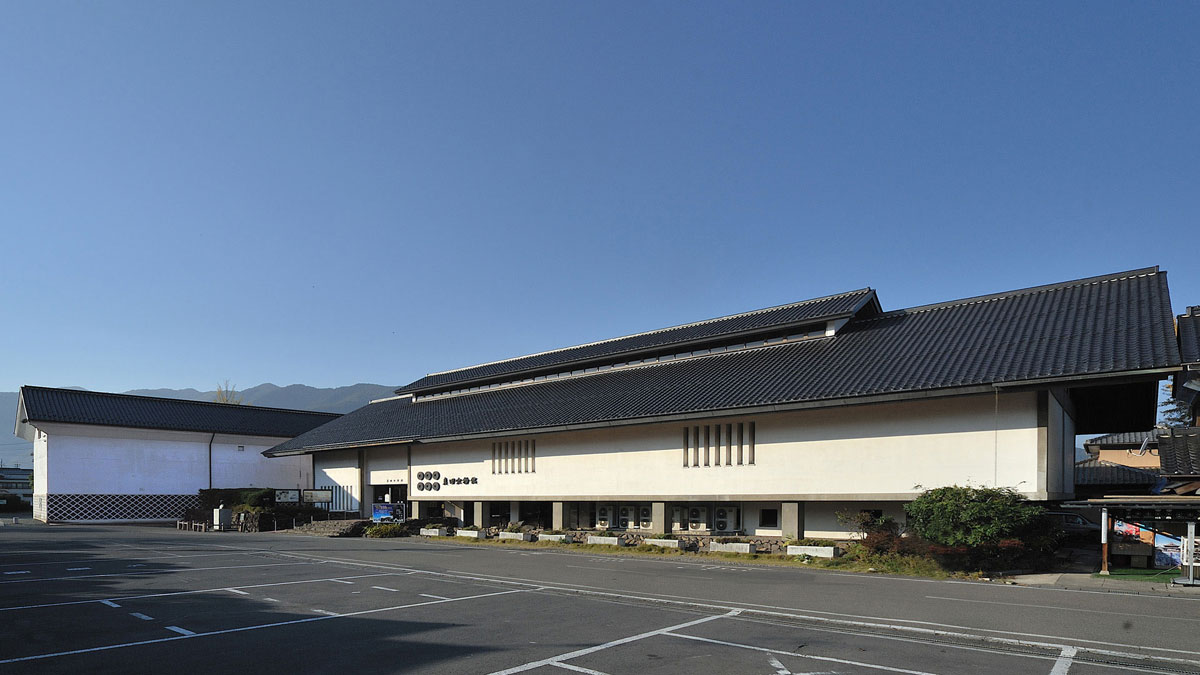 A dynasty beginning with Yukitsuna Sanada (also called Yukitaka), who fought at the Battle of Kawanakajima. 10 generations of the Sanada clan starting with Nobuyuki Sanada in the Edo period.
Explore Matsushiro’s history in 40 minutes: the Sanada clan’s rule of Matsushiro, which spanned 250 years, and the development of Matsushiro into a castle town worth …
The various antiques and documents are sure to give you a strong sense of who these rulers were. Around 50,000 pieces of the feudal lords’ possessions have been passed on to the museum.
Exhibits are rotated in sequence four times a year. You can look forward to different treasures and articles the next time you go.
In addition to the armaments and antiques, the writings and scrolls are fascinating. 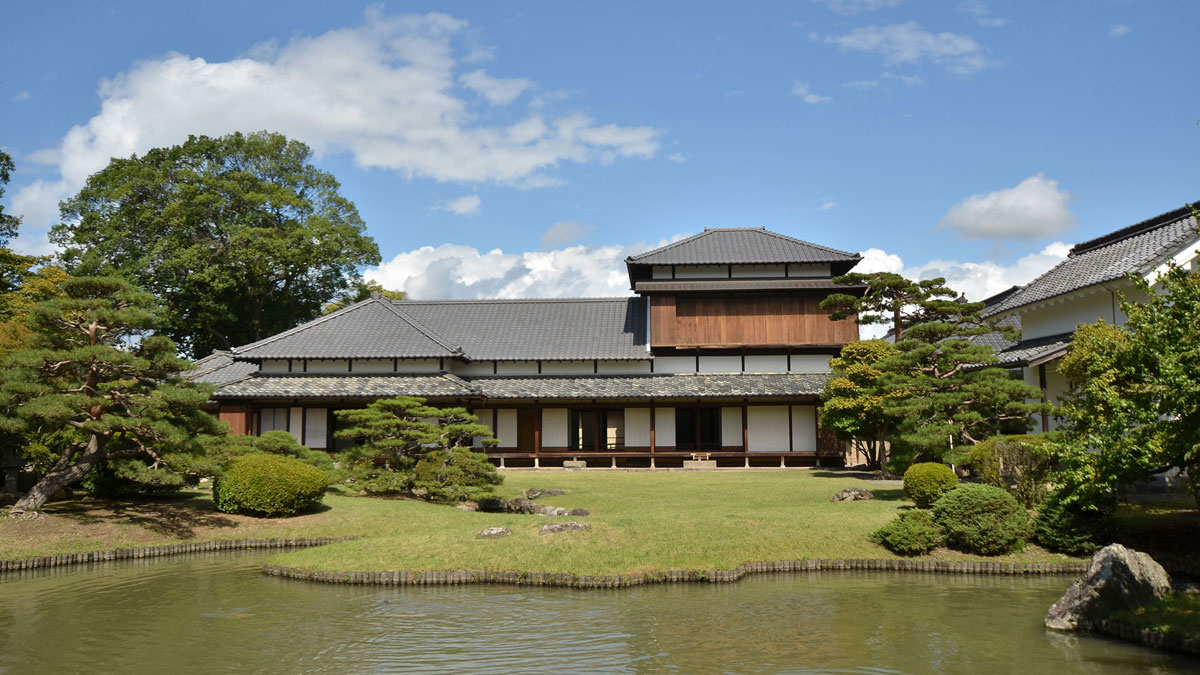 The splendid thirty-five-room mansion was used both as private living quarters and also as a place to conduct government business and receive guests.
There is plenty to be discovered by learning about each room’s function and seeing all the little details.
A palace that was used not only as a residence but also as a place for public affairs.
If learning about each room’s function and the highlights of the residence is what you are after, then we recommend doing the tour with a volunteer guide. 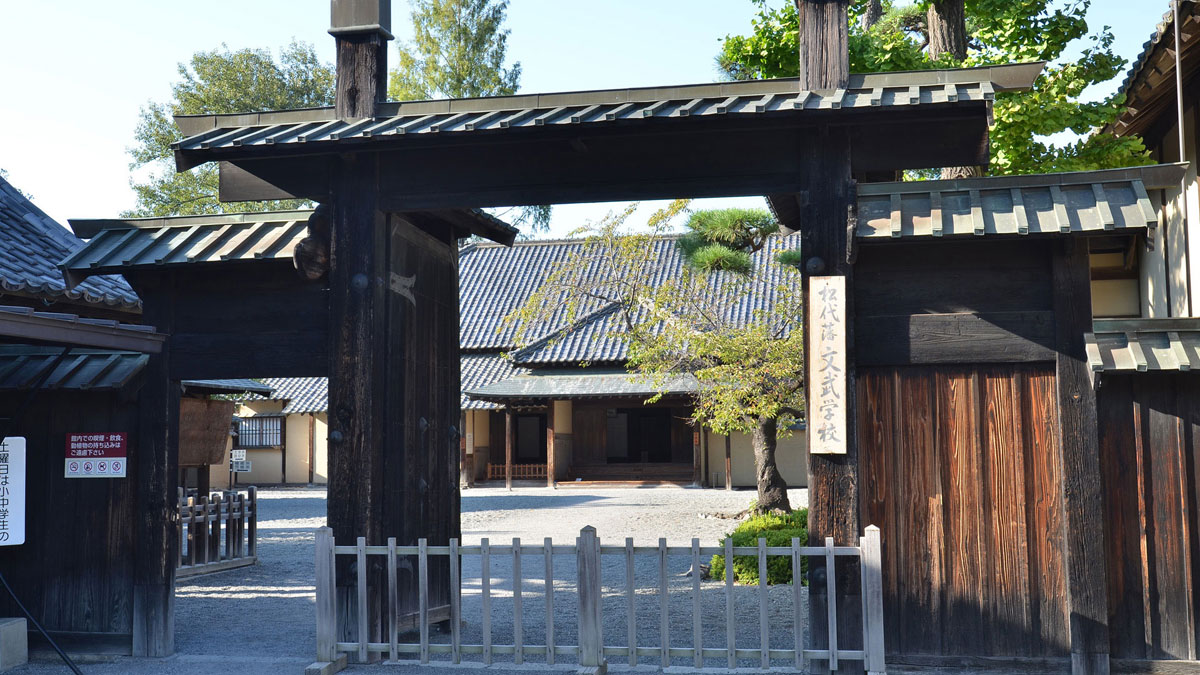 Children of samurai entered this school when they turned 8 years old and studied here until they were 35. They studied the literary and military arts collectively. This included subjects like literature, classical Chinese thought and poetry, astronomy, and medicine as well as kendo, judo, and archery.
This school makes appearances in numerous movies and TV dramas.
Nearly 250 domain schools were built throughout the entire country, but now there are few that remain almost as they were during that time period, making this a precious remnant.
This was a school for studying both subjects like Chinese, history, medicine, and military tactics, and martial arts like spearmanship, swordsmanship, archery, and judo.
Even now, the buildings are used for kendo tournaments as well as for archery and classic Japanese martial arts practice and competitions. 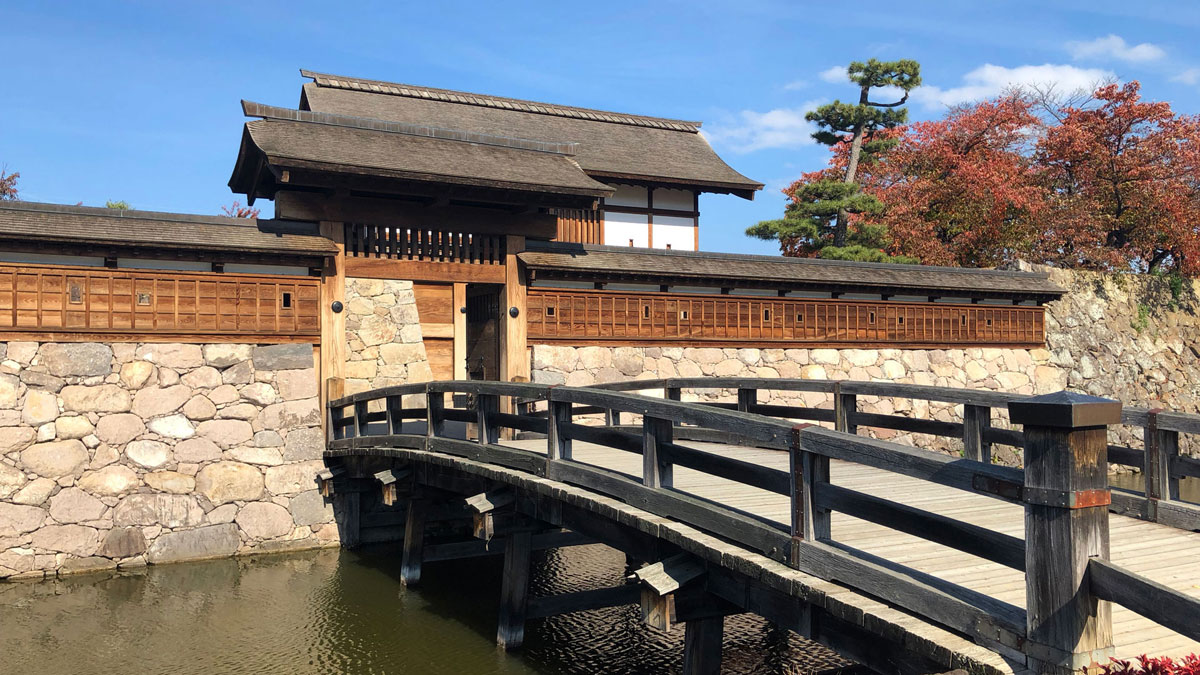 Matsushiro Castle was built during the Middle Ages for the purpose of battle (It was called Kaizu Castle during the Sengoku period). It appears to have never had a castle tower.
The northwest watchtower, which is now a lookout deck, is the best place to get an idea of how the earthen mounds formed by the Chikuma River were used as natural fortifications.
You will have a great view of the mountains, such as Mt. Saijo and Mt. Amakazari, and the site of the Battle of Kawanakajima. Be sure to climb up to get a look of the surrounding area.
During the Edo period, the lord’s palace was located in the honmaru (central area) of the castle, but there was repeated flooding and it burned down in a fire. From the middle of the Edo period, the Hananomaru Palace located in the southwest part of the honmaru area became the government’s administrative center for the domain.
However, the Hananomaru Palace also burned down in a fire at the beginning of the Meiji period. The remaining Shin-Goten became the Sanada family’s private residence following the Meiji Restoration. 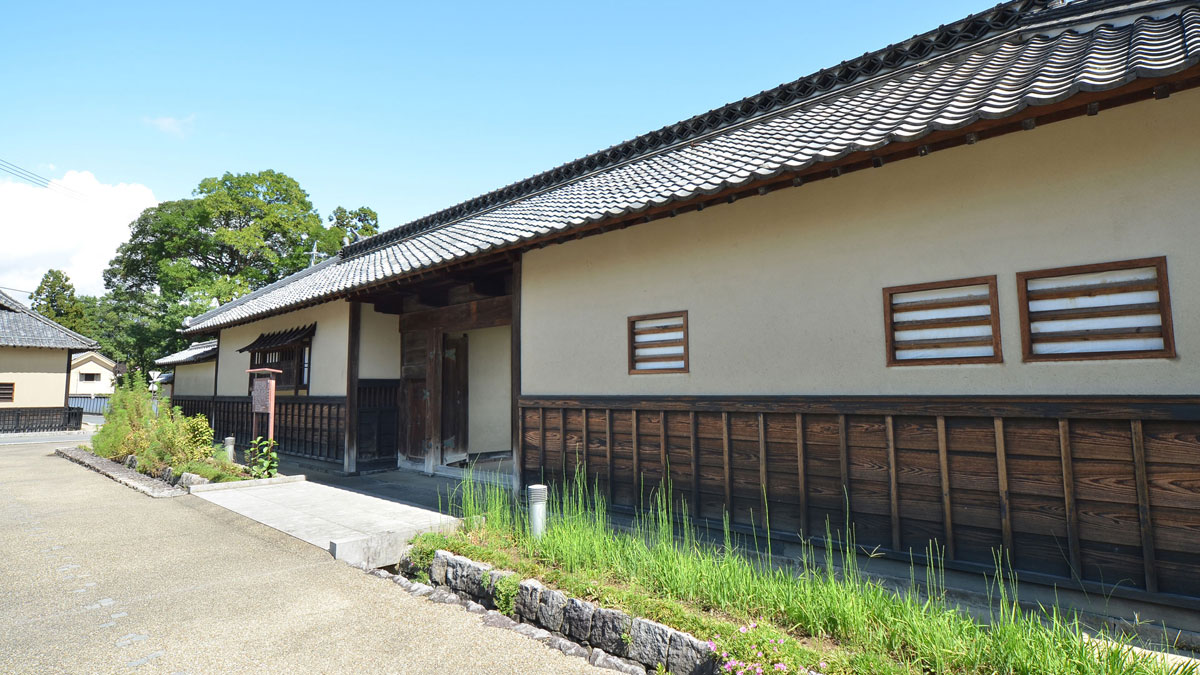 The Shirai clan was a middle-ranking samurai clan that served as magistrates for generations. The 20-meter-wide Nagaya Gate is large even for samurai residences in the Matsushiro Castle Town.
The gate was moved to this area, playing a significant role in creating a stretch of historical scenery.
A free rest space is located inside, and the Cultural Heritage volunteers stationed there await you.
They serve hot tea and homemade pickles.
Speaking with them is an extra treat, since they are familiar with the area’s history and geography.
Please spend some time talking with them. 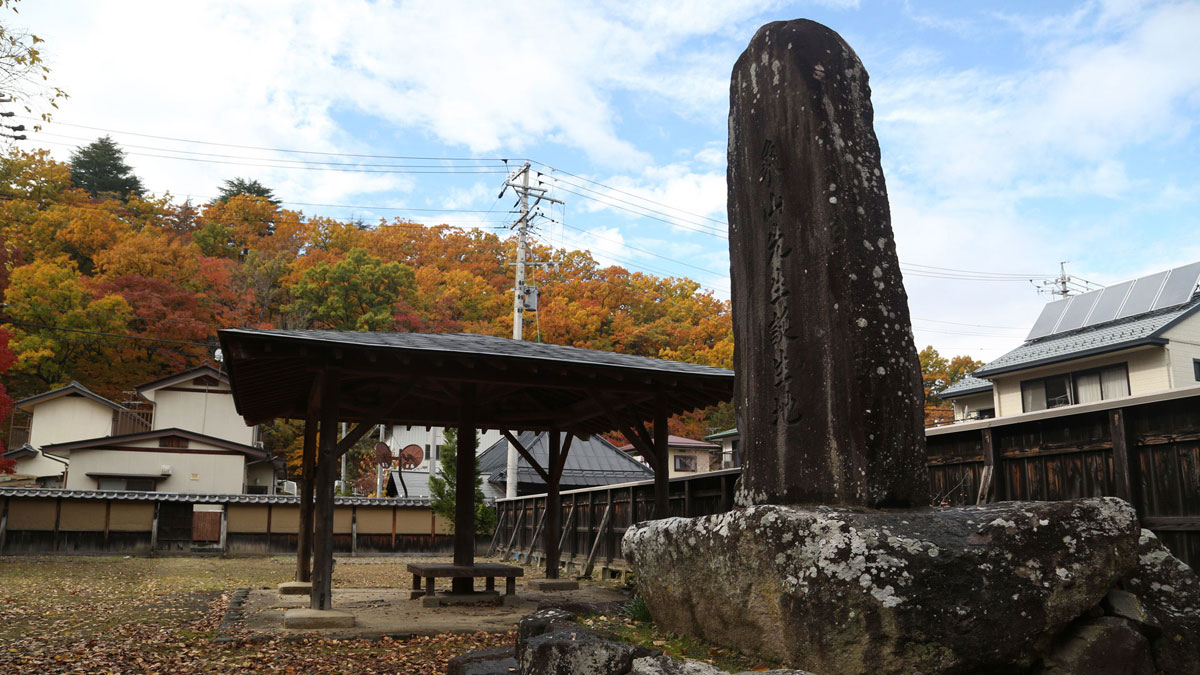 Built on the site of Zozan’s birth home, the shrine honors Zozan Sakuma, a trailblazer at the end of the Edo period who was involved in a multitude of fields such as the military, science, and advising the government. 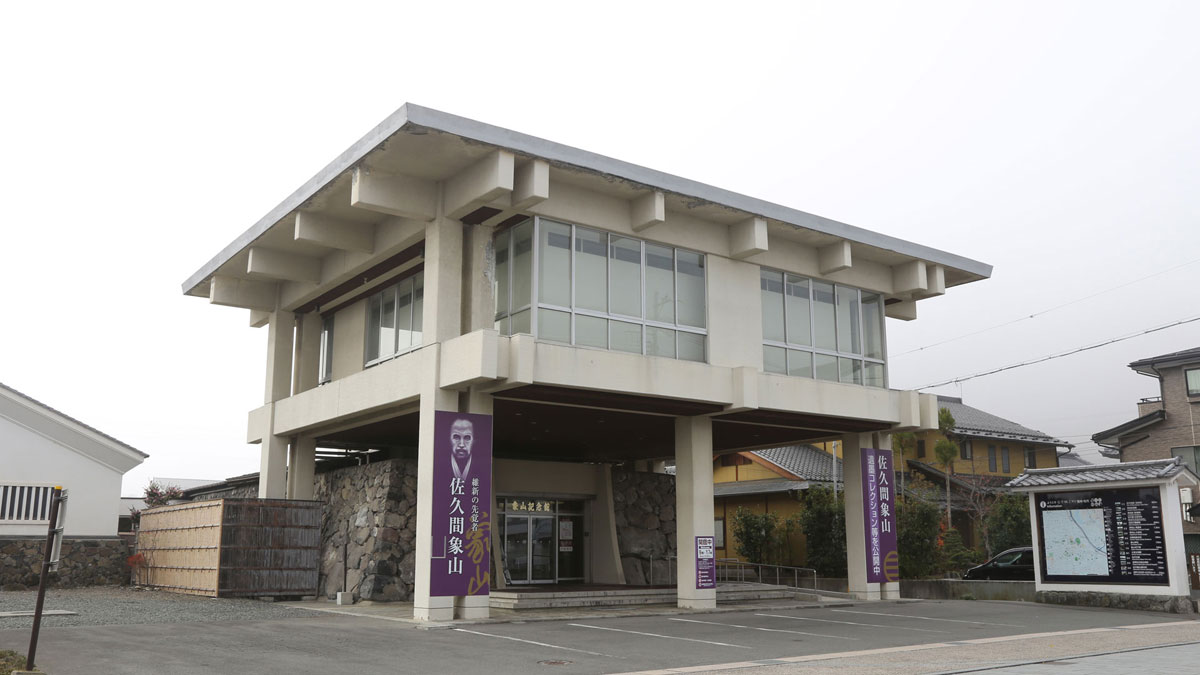 Famous figures at the end of the Edo period, including Shoin Yoshida, Kaishu Katsu, and Ryoma Sakamoto, looked up to Zozan Sakuma as a teacher and were deeply influenced by his progressive way of thinking.
Here, you can learn about his life, circle of friends, and relationship with his students.
Zozan read numerous books in Dutch, and made various pieces of advanced machinery that had not yet been popularized in Japan, including the camera, the telegraph, and electric medical equipment.
You will be pleasantly surprised by Zozan’s vision and extensive learning, as well as by the way he quickly took action the instant he set his mind to something.
Exhibit materials are rotated four times a year. 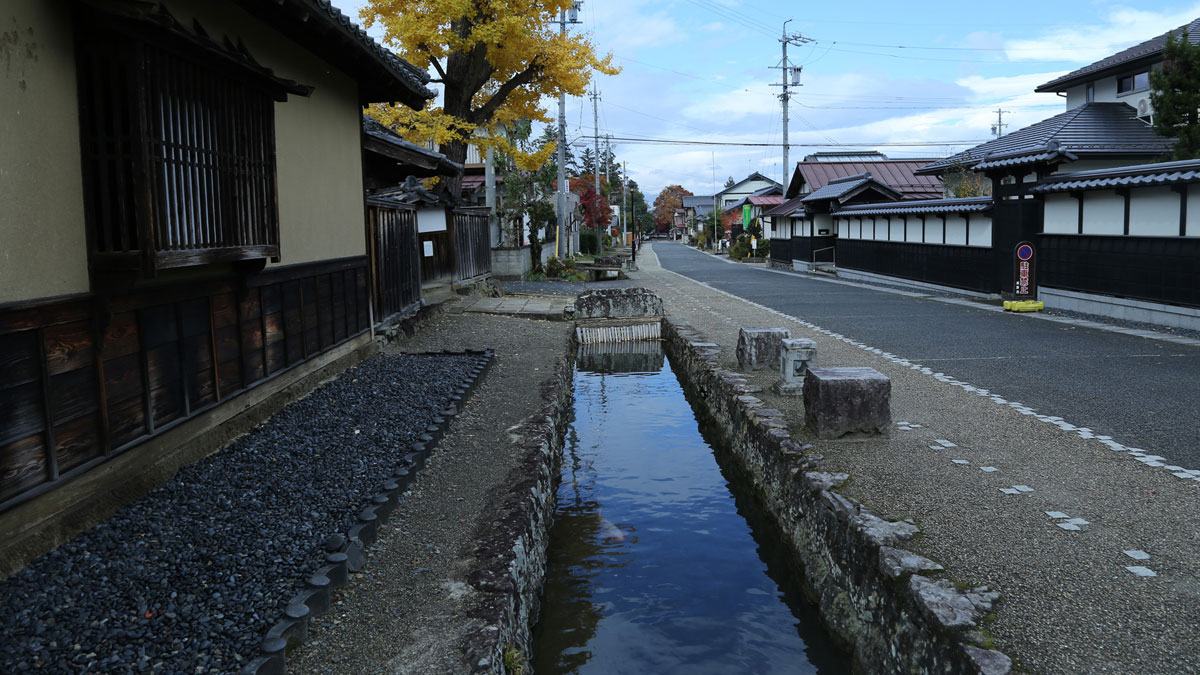 This historical path set in Matsushiro is nicknamed Reki Michi. It is a walking route that lets you experience the castle town as it was during the Edo period. The restored walls and long gates of samurai residences as well as new houses and shops are built to reflect the appearance of a castle town.
Don’t miss the restored waterway.
You will note that it is not a natural stream, but a waterway set up during the Edo period to provide water for daily life and irrigation. 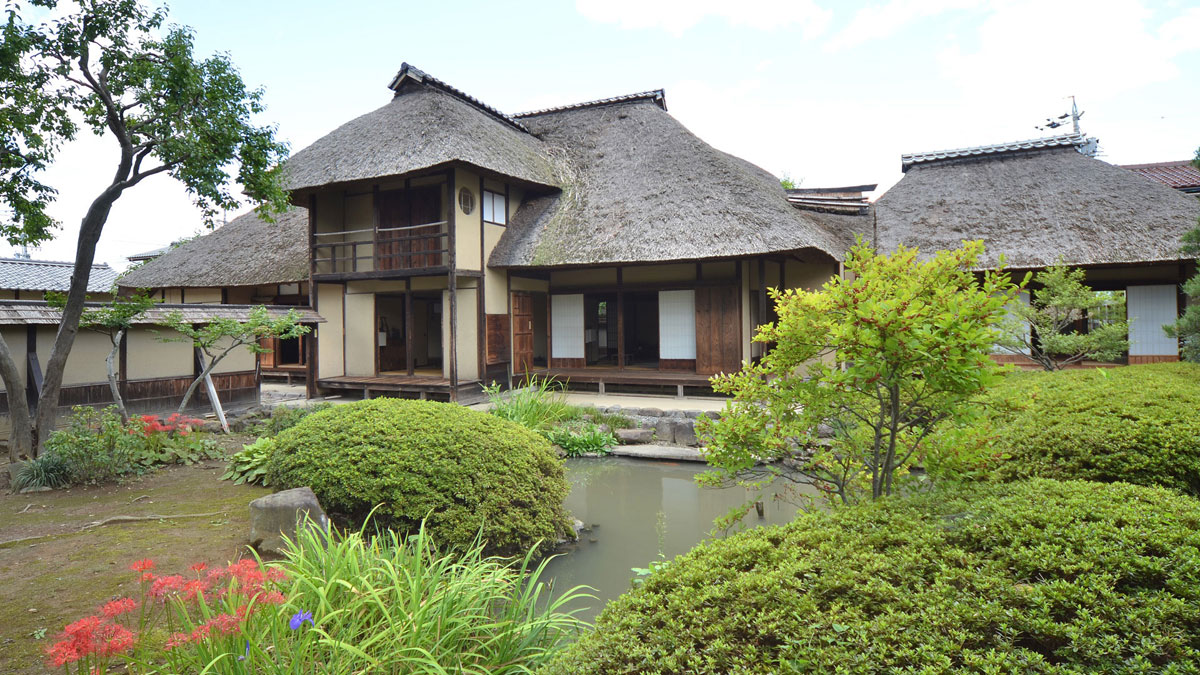 From the end of the Edo period until the Showa period, members of the Yokota clan came to include chief justices and the Minister of Railways.
Ei Wada also grew up here. In Tomioka Diary, she writes about her time spent time in the Tomioka Silk Mill.
The book is also a valuable resource that gives insight into what it was like growing up in a samurai household. 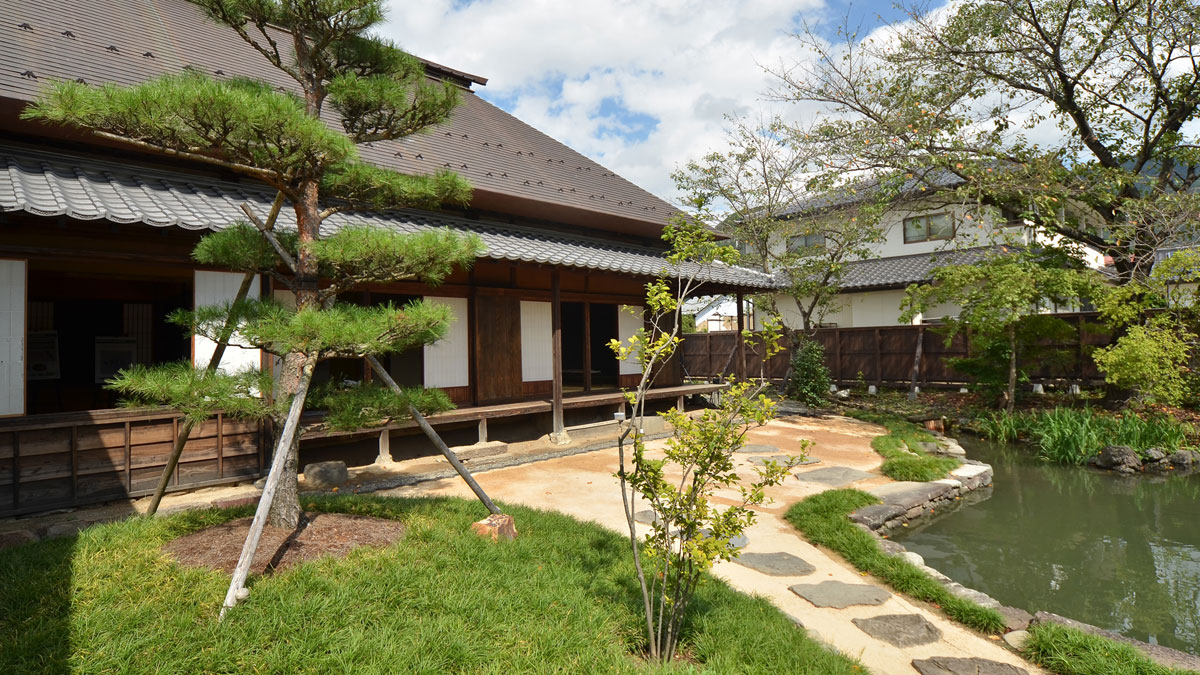 The Maejima clan served the Sanada clan both in Ueda and in Matsushiro. When the Sanada clan moved to Matsushiro, they were bestowed with the residence here.
During the end of the Edo period, the property was apparently twice the size that it is now. It serves as the starting point for walking around the eastern area of Matsushiro. 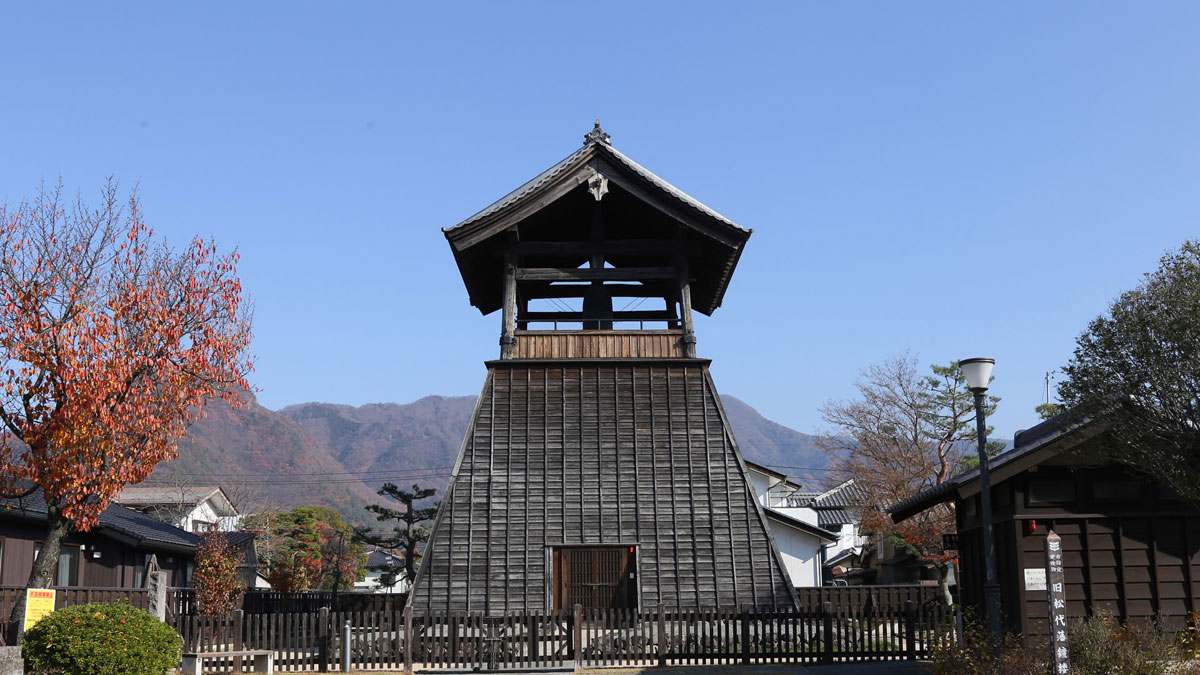 A bell tower built to let people in the Matsushiro Domain know the time. 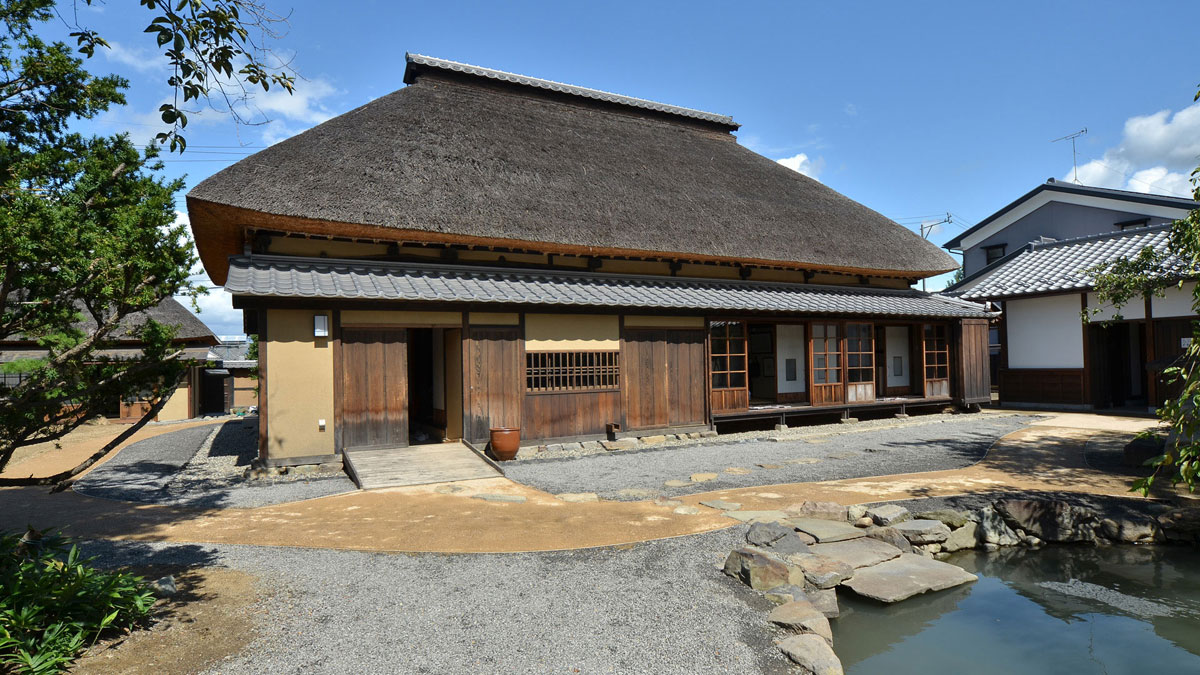 The Higuchi clan was a clan of high-ranking samurai who served the Matsushiro Domain as inspectors and in other roles.
The residence is near the castle where much of the housing for Matsushiro’s senior samurai was built.
It is a handsome looking residence, but not overly ornate or showy. It represents the Matsushiro Domain’s philosophy of simplicity.
Also serving as the community development center, all manner of exhibitions, concerts, workshops, and other functions are held here regularly. 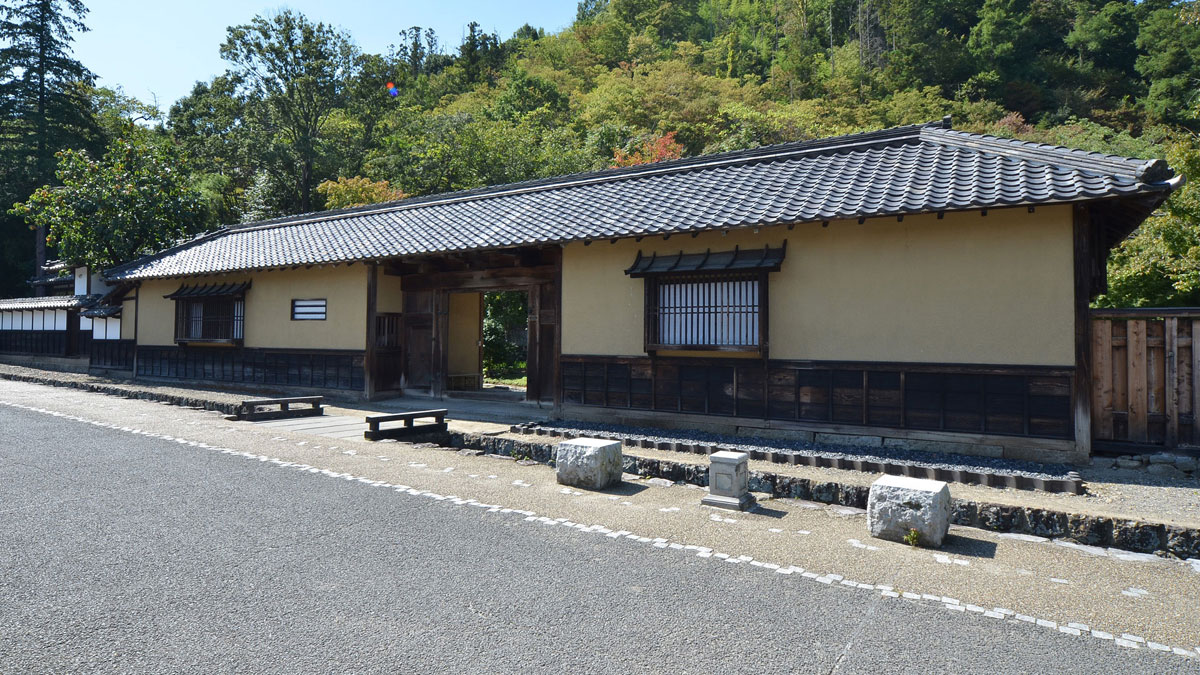 Together, Zozan Sakuma, Tozan Kanbara, and Jozan Yamadera made up the Sanzan (the three Zans) of Matsushiro. As a Confucian scholar and civil servant of the Matsushiro Domain, Jozan worked together with Zozan and Tozan. His intellect was even recognized by the Meiji government, but he dedicated his life to educating his local students.
The main building of the residence no longer remains, but the elegance of the Nagaya Gate, the shoin room, and the garden gives it a simple beauty that conveys the character of the Matsushiro Domain.

This route lets you interact with locals as you take in the sites and stop into places.
Learn history from the volunteers stationed at the different historical locations and get the inside story on the places you visit (advanced reservation may be required for English-speaking volunteers).
Their extra touches of hospitality are quite the treat.